Projects That Make You Wonder WTF—Why That Failed

Just about any construction site can be a complex entity.

On large construction projects, managers must oversee employees, communicate with the subcontractors, order materials, and schedule deliveries. The list goes on and on—they must also ensure access and safety for everyone who enters the site, regularly check weather updates, apply for and produce permits, and update punch lists.

Ultimately, they must ensure the project is on schedule and on budget, so their superiors and owners know project status.

Asite PM from Clarity on Vimeo.

Owners and construction companies alike would love to have all construction projects delivered exactly as agreed upon—on time and on budget without safety incidents. For many reasons, this doesn’t happen, and it is a big problem.

- Large projects typically take 20% longer to finish than scheduled and are up to 80% over budget, according to the McKinsey Global Institute

- 66% of general contractors report higher costs due to overtime or second shifts on at least three-quarters of their projects due to schedule slippage, according to Dodge Data

How bad can it get? Here are some notable construction failures in the U.S. over the last two decades and why they may have failed. When legal disputes get settled out of court, there is no obligation to make public the results of investigations into construction failures.

So, companies use surveying technology, GPS and/or drones to gather all the data, on which they will build a plan. They may also use information provided by the property owner, either verbally or with site-specific documentation, such as an environmental analysis, survey maps or blueprints (if the construction project takes place on a property where there is already one or more built structures.)

If your data is poor, your plan won’t work, and your construction project will likely fail.

The George Bush Intercontinental Airport in Houston, Texas was undergoing a $1.2 billion overhaul when it welcomed employees in 2019 to its first completed project—an $18 million administration building. However, part of the property had no water infrastructure.

Preliminary data showed the water line the project had planned to use for the building had been dry for years.

The solution was to immediately install a system of tanks and pipes to provide temporary water services until a permanent pipe could be installed. 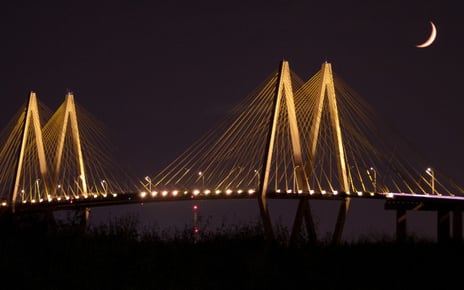 Last year, after more than two years of construction, the Harris County Toll Road Authority (HCTRA) in Harris County, Texas put a stop to the construction of a massive new Ship Channel bridge. The HCTRA says proceeding with the project could lead to catastrophic results and decided to demolish the existing feet of the bridge and rebuild them with more steel reinforcement.

The bridge is intended to ease congestion as 60,000 vehicles use the bridge daily. The HCTRA found a new solution, but it will add four years to the completion date and add $300 million to the project’s $1.3 billion price tag.

Two 514-foot-tall towers holding up the bridge will loom large over the ship channel and the redesigned bridge. The two spans built a few feet apart will have four lanes in each direction with wider shoulders for safety.

The existing bridge, built in 1982, will be demolished once the new bridge is ready—but the recent tear-down and start over will likely add two years to the project—now predicted to be compete in 2027.

The effects of a construction project aren’t limited to the property on which construction is completed. Sometimes, what happens on a construction site can have devastating consequences for nearby properties.

That’s what investigators are discovering after the collapse of the 12-story, oceanfront Champlain Towers South condominium in Surfside, Florida, in 2021.

The Surfside collapse is tied with the Knickerbocker Theatre collapse (1922) as the third-deadliest structural engineering failure in United States history, behind the Hyatt Regency (1981) walkway collapse and the collapse of the Pemberton Mill (1860).

With Surfside, the stability of the structure had been called into question with repairs priced in the millions of dollars. In 2019, five of the seven board of directors for the property quit, citing lackluster response by the owners in addressing the repairs.

More recently, investigators have called into question whether a nearby construction project contributed to the building’s collapse. Further investigation revealed a nearby construction company, who was driving sheet piles 40 feet into the ground may have been ignoring vibration safety limits. Plaintiffs in a lawsuit in the matter state more than 80% of the vibration readings taken at the site exceeded safe limits, and this was the reason for the collapse.

Several residents of the tower complained to tower staff of vibrations, but no action was taken.

There’s a bad apple in every bunch. Sometimes, people use sub-par products or ignore best practices and safety protocols to achieve some self-serving end, such as generating a greater profit. The result is shoddy workmanship and materials.

This is the conclusion drawn by some of the work completed by the construction company that built the New York Mets Stadium in 2009. The $850 million stadium was immediately plagued by problems on and off the field, such as broken elevators, power issues in the kitchen, a four-by-six-foot sign fell in the field-level promenade, water leaks, mold, flooding in an outfield section that caused 20 feet of pipe to collapse in the bullpen. Sections of the structure had to be torn apart and rebuilt.

No one got seriously hurt as a result due to shoddy workmanship and materials. 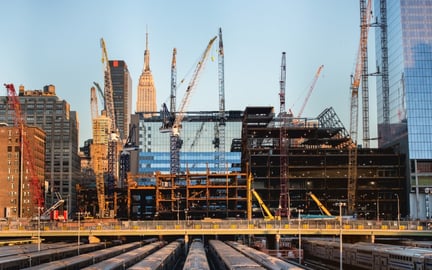 That is the early conclusion drawn by investigators into a rooftop tower crane failure in New York City in 2014. According to an accident-investigation expert: a worker secured the crane—working as part of a  74-floor luxury condo project valued at $700 million—ahead of Superstorm Sandy to prevent it from swinging. Best practices state cranes should “weather-vane freely” in storms to prevent damage.

The construction company maintains the operator left the controls “loose” per the best practices. Did another employee untrained in crane safety see the swinging boom and mistakenly identify it as a safety issue? Whether it was the operator or someone else on that site, someone made a mistake that pushed back the schedule by weeks and cost the construction company a lot of money.

After the storm, the boom of the crane was bent straight down beginning from the front of the cab. An expert looking into the matter says the damage would not have been caused if the boom was allowed to swing. The construction company had to tear down the old crane and erect a new one. Since the tower crane is an engineered structure, it requires a professional engineer to approve plans for it to be put in place.

Why You Need E-Procurement Data to Manage Your Cash Flow

No construction business wants leakage from supplier agreement and payments. 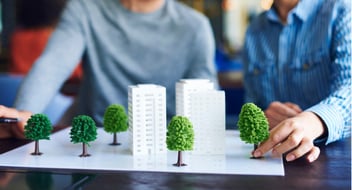 What is ESG and What Does it Mean for the Construction Industry?

Health and safety initiatives are nothing new in the engineering and construction industry. But... 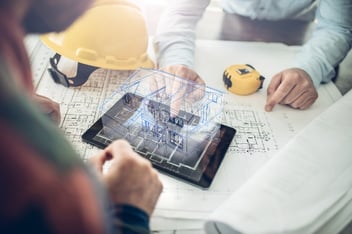 Why Collaboration is King for BIM Success

The construction industry has come a long way from drafting assets with pen and paper, moving first...