Asite are proud to be the Gold Sponsors of the 2017 Little Britain Challenge Cup for its 30th Birthday in Cowes, Isle of Wight, UK 15th - 16th September!

Little Britain Challenge Cup is the No.1 AEC Industry Sailing Event in the UK. The LBCC is the property and construction industry's annual sailing regatta, attracting over 60 companies with over 850 crews and for many it remains one of the best and most enjoyable networking events in our industry. It is a fantastic event for project teams celebrating success, for team and relationship building it doesn't get better than this.  It is also great for networking with potential and existing clients alike alongside your peers proving for some great entertainment. It's also a great time to learn to sail with other industry professionals and to improve your boating and racing skills.

It is a two-day regatta that is now based at Shepards Wharf Marina, West Cowes. Little Britain is always organised in early September and this year, the regatta celebrates its 30th anniversary. The LBCC is organised by - and for - the Construction and Property Industry. All of the major architects and contractors send teams to the event and most participants are high-level industry professionals and big decision makers.

The event has 4 races - two on Friday and two on Saturday. The Royal Yacht Squadron organise the racing and set the courses - giving competitors the added excitement of Squadron line starts.

Asite are the proud Gold Sponsor at this year’s event, the Ateam and Adoddle will be on location throughout the regatta. Asite Group CEO, Tony Ryan said, “We have been involved with LBCC for the past 4 years so we are extremely excited and honoured to be able to support the AEC industry in this charitable event, especially since it’s the 30th anniversary of the Challenge”.

As it’s the events 30th birthday Asite will be hosting in legendary style, the Pontoon Party as well as the Birthday bash BBQ! 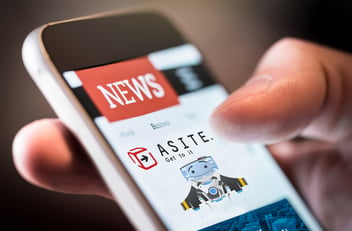 For 48 hours, 11 teams from 37 countries collaborated together online to competitively demonstrate...