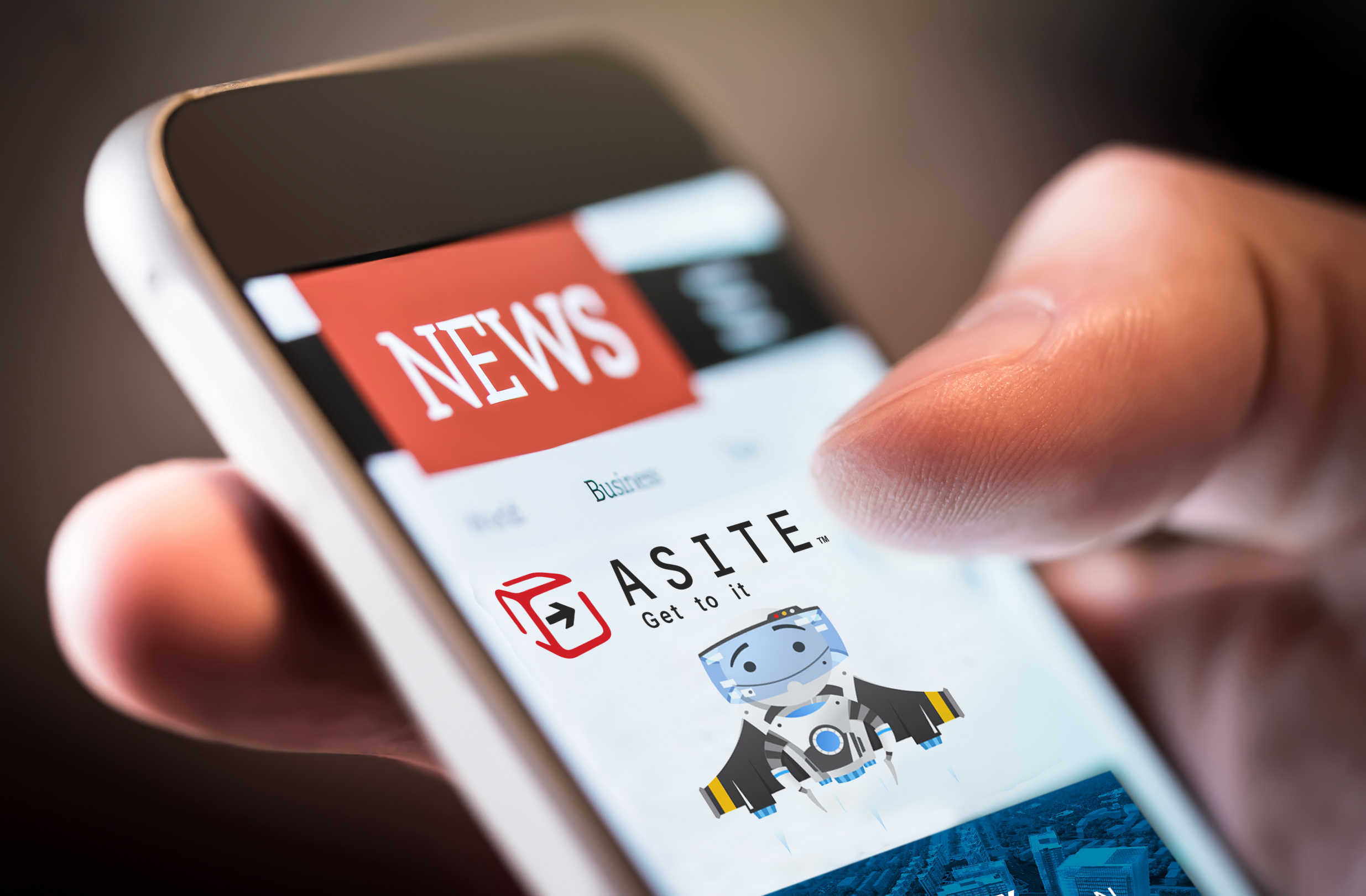 “A work man is only as good as his tools” & without Dimension Data’s support Asite would not be able to help people around the world share information and create knowledge in a secure environment.

Asite was founded in the UK in 2001 with a vision to offer hosted applications and solutions designed for the construction industry, and enable the country to build better, safer and more cost-effective buildings. Initially Asite focused chiefly on developing applications to streamline the process of procuring construction materials; however, it struggled to meet its profitability targets. All this changed in 2006. With a new CEO at the helm, Asite refined its strategy and set its sights firmly on growing its revenue and delivering even greater levels of business value to its extensive client base, many of which were driving large-scale, high-profile construction projects.

With the stage set for a new phase of growth and profitability, Asite needed to find ways to reduce its costs – specifically those related to application hosting. By now, the organisation had expanded its product suite. Its new range of applications, collectively known as the Adoddle platform, enables individuals to share information and build knowledge. It’s used by some of the world’s most demanding businesses and government organisations to help project teams work better together and streamline the sourcing, procurement and project management processes.

Asite was also seeking ways to reduce – or eliminate – the expense associated with obtaining compliance certification for regulations such as SAS 70 (now SSAE 16) and Sarbanes-Oxley. Says CEO, Tony Ryan: ‘Data security has always been a high priority in the architecture, engineering and construction industry; most firms take stringent measures to ensure that their intellectual property is protected. In addition, our clients in industries such as financial services and government also have rigorous compliance and security parameters.’

Asite considered three hosted cloud services providers. After a thorough evaluation of each player, Asite opted to enlist the services of Dimension Data. During its due diligence process, Asite was impressed by the responsiveness of the Dimension Data team as well as the quality and robustness of Dimension Data’s data centre facilities and, importantly, the security mechanisms it had in place. It also was comfortable that Dimension Data would enable Asite to honour the stringent service level commitments it had with its clients.

In 2006, Asite began the process of migrating its workloads to Dimension Data’s Managed Hosting platform, a move which paved the way for Asite to begin operating on a global scale and evolve into a recognised leader in the corporate collaborative cloud solution market.

Today, Asite operates three data centres on the Dimension Data platform, serving over 100,000 end users for 4,500 clients. Asite’s customers have used its applications to manage some of the most high-profile and challenging engineering projects in the world, including the construction of Terminal 5 at London’s Heathrow airport, Aviva Stadium in Ireland, and Dubai International Airport.

Applications Operations, part of Dimension Data’s cloud solution, delivers proactive alerts, incident management and resolution, and database clustering. This reduces the burden on Asite’s internal operations team and has enabled the organisation to scale its applications across the globe without investing in additional operations headcount.

The architecture of the Adoddle platform demands high levels of communication and replication among the organisation’s three production sites. WAN acceleration technology is embedded within Dimension Data’s cloud services, ensuring appropriate service quality and response times between the applications and production locations. Says Ryan: ‘We’ve seen significant improvements in data transfer speed thanks to the WAN optimisation built into the Dimension Data cloud platform – today data speed is nearly 10 times faster than before. High speed data transfer enables us to deliver real-time collaborative working for our demanding global customer base and collaborative Building Information Modelling (cBIM) on our fully hosted model server. Our competitors in that particular space are just moving flat files while we’re setting the state of the art for big data technology in the architecture, engineering and construction industry by enabling collaboration in the cloud for models comprised of hundreds of millions of unique data points.’

Engaging Dimension Data to host its applications on its behalf has also eliminated the cost associated with obtaining regulatory certifications. Compliance and security are embedded in Dimension Data’s cloud services. This has enabled Asite to pursue large global accounts with confidence, knowing that the all its prospects’ stringent compliance requirements will be met.

Since it teamed with Dimension Data, Asite has succeeded in turning its growth ambitions into achievements. Initially, Asite operated a primary site in the UK, with a disaster recovery site in the US. As the organisation became more successful and broke into the US market, it set up a second production site in the US. Recently, Asite has made significant inroads into the Australian market. Initially, it served its Australian customers from its two existing production locations in the UK and US, using content delivery technology to reduce latency and allow images to be cached close to its Australian customers. However, this approach had its limitations, as the content delivery technology is less effective when one’s running highly dynamic applications. As Dimension Data had a cloud hosting platform in Australia, Asite opted to set up a third production instance in this location, and move forward with its plans to grow its market share in this geography with confidence. With the backing of a solid technology platform, Asite is seeing exponential growth in the Australian market, something which contributed in no small part to the company’s impressive 25.6% growth during 2013.

Asite has grown its revenues from USD 2.4 million in 2006 to USD 7 million today and it continues to expand its global footprint. The organisation has plans to more than double its revenues to around USD 15 million, over the next three years. ‘With the help of Dimension Data we’ve succeeded in creating a suite of stable and robust products; now we have our sights set on bringing their benefits to bear on an even larger customer base, particularly in the US,’ says Ryan. ‘We have a number of exciting global releases scheduled for early in 2014 which will enable us to target customers across all market segments – not just the architecture, engineering and construction industry – and win market share from traditional collaborative software players.

Reflecting on Asite’s seven-year relationship with Dimension Data and the business benefits that Asite has derived from the partnership, Ryan says: ‘We derived immediate cost savings by moving to the Dimension Data platform – around 30%, but that was just the start. With access to a stable, global cloud platform, we were able to transform our business model and evolve from a primarily UK-based operation to a global one. This has opened the door to fantastic new possibilities for growth and profitability.’

In 2006, Asite began the process of migrating its workloads to Dimension Data’s Managed Hosting... 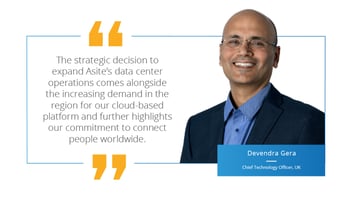 Asite has announced the launch of its UAE data center for the Asite Platform for businesses and...

BlueEarth Construction to Use Asite Across Project Portfolio