5 Terrifying Tales from the Construction Site

If there's something strange on your construction site, who you gonna call?

While the Ghostbusters team may be limited to the movie screens, several construction sites worldwide could have done with their help. Ghosts, ghouls, strange noises, and even skeletons are just some of the spine-chilling encounters construction workers have dealt with while on the job.

To celebrate Halloween, we’re taking a look at some of the spookier encounters on construction sites.

Construction workers were shocked when CCTV footage caught the scary sight of an apparent ghostly figure floating through their job site.

The eerie footage shows a woman walking through a site in the heart of Birmingham City, in the UK. CCTV captured the footage in the dead of night, but what makes the footage even spookier is that they found it all clear when security patrolled the site just minutes later.

Appearing to be floating through the site, the ‘ghost bride’—due to the white dress shown on the footage—gave construction workers the creeps, with some struggling to sleep following the terrifying incident.

A construction site in North Arlington, New Jersey, was brought to a complete standstill after one of the workers spotted the vision of a young girl on-site.

The ghostly sight appeared within a Victorian House just moments away from demolition. When workers entered the house, the little girl was nowhere to be found. Instead, she appeared on the steps outside, but when workers turned around, she had vanished.

The ghost is thought to be Margaret Febrey, who lived in the house before her death in 1913.

The spine-chilling encounter was too much for the workers. One immediately walked off the job to never return. Those who remained ceased work on the site entirely on the 99th anniversary of her death.

3. The Cautionary Tale of the Winchester Mystery House

One of America's most infamous homes, the Winchester Mystery House, has been the location of multiple terrifying tales and scary encounters—even before construction began.

It remained under constant construction for 38 years following a chilling caution from a spiritualist. Sarah was warned that the ghosts of those who died at the hands of her family’s guns would haunt her and her family. The way to resolve this? If construction on the home continued, Sarah would live; if it ceased, she would die.

Claimed to be one of the most haunted places in America, the house is famed for its oddities, including its maze-like layout, secret passages, and trap doors, and obsession with the number 13—13-paned windows, 13-paneled ceilings, and 13-step stairways.

The home is now a tourist attraction for those who dare to pay it a visit.

Dig deeper into the mystery: 14 Haunting Facts About the Winchester Mystery House

Ghostly encounters are not the only thing construction workers have to deal with while on-site; many have made some other startling discoveries.

Workers made one such discovery in Dublin, Ireland, during the construction of a new line of the Luas—the light rail system in the capital. Workers unearthed the skeletal remains of five people buried near Trinity College Dublin.

The discovery caused some commotion and put a halt to construction work. An archeological team responsible for excavating the site examined the remains and found them to be historical—from the Tudor period.

Read more about the discovery: The lost history of Dublin uncovered by Luas works

Work ground to a halt at the WA Museum site, and a homicide squad was called when workers unearthed human bones during their routine site excavation. The remains were examined, and the police investigation closed when the bones were later confirmed as historical.

The bones may be from Perth Gaol, which the site was home to from 1856 to 1899, and housing convicts sent to Western Australia.

Want to ensure no spooky surprises crop up on your project? The Asite Platform is your one-stop shop for project management, allowing you to deal with anything that comes your way. Request a free demo or talk to a member of our team.

I read somewhere recently about CDE constellations and satellite CDE thinking.....well, I nearly...

4 Reasons Why You Need a Single Source of Truth

From design to bid to build, a single construction project produces a lot of data and information.... 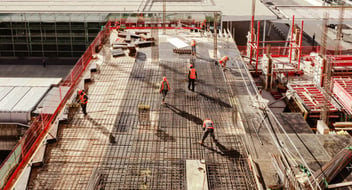 8 Tips for Prequalifying Your Subcontractors

For general contractors (GCs), prequalifying subcontractors is part of making smart decisions when...