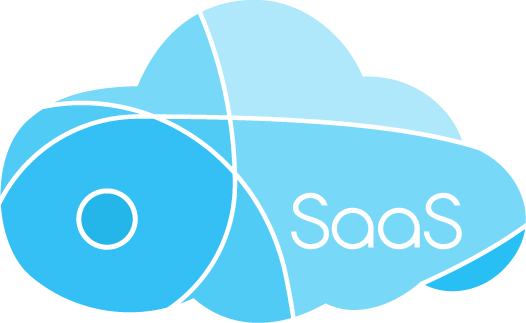 Paul Wilkinson's recent blog post about disruptive ideas in the construction collaboration space prompted some contemplation for me – as I respect Paul’s knowledge of our space and we often share perspectives on where we see software (and particularly Software as a Service) supporting the AEC industry now and into the future. I was surprised to see Paul’s description of the ‘BIM-as-a-Service’ idea without mention of Asite cBIM – although I was heartened to see his subsequent post about the ‘BIM Battle’ recognising Asite’s long-time activity in this space since our announcement and demonstration of cBIM in London and in Washington D.C. in 2006 and our “seeing-is-believing” demonstration with Bentley Systems in 2007.

‘BIM-as-a-Service’ is what Asite does via cBIM – albeit we are not open source as is the BIMserver project that Léon van Berlo is putting together in Holland – we deliver the service along with the software and the globally accredited platform. cBIM is not about being a BIM design platform such as Revit, Bentley, Archicad, Tekla, Digital Project, Nemetschek, etc. We call those platforms ‘processors’ because they are about processing data and allowing end-users to create or change the model.

cBIM is about being the library for the model information; indeed, for all project-related information. In real-life projects stakeholders use a wide variety of processors. What they generally don’t have is a central library which allows them to check data in and out and keeps track of it all. Within Asite we talk about the four ‘C’s of cBIM – collaboration, coordination, commercial, and cloud. You give project teams a central database in the cloud to maintain and coordinate the model – built on a proven collaboration platform integrated tightly with their commercial data. (There are at least three more Cs under commercial – i.e. cost, contracts, and construction management – but that just starts to get silly.)

I am a fan of the BIMserver project and I believe the intent of the model server they have begun building is to become an open-source offering similar to Asite cBIM – i.e. to host the actual BIM database centrally (allowing for versioning, model merging, etc.). This is very clearly differentiated from the belated steps toward BIM that some of our construction collaboration vendor brethren are now taking – which are very much management of model “files” – basically doing the same thing we in the construction collaboration community have been doing for the last 15 years with electronic file management – except with BIM model files. This has a clear value of course – but is by no means disruptive in 2011.

There are other players out there in this same disruptive space – in America there is Horizontal Systems with their Glue platform who have achieved mindshare with several US General Contractors that I’ve visited. They have started up straight into this space as opposed to developing from a “traditional” SaaS collaboration vendor position. There is also Tekla who have made a lot of noise with their BIMSight offering during 2011 – and the Norwegian company Jotne EPM Technology whose on-premise EDMServer system has been in development for at least ten years.

Whilst the Asite platform is not open source – it is open data, by which I mean that we allow our users full freedom to bring data into the platform and export data out of the platform in open-standards-based data formats on-demand. In 2008 and again in 2009 we organised the virtual design competitions Build London Live which showed how upwards of 85 different software packages could successfully exchange model-related data using open standards (and across globally distributed teams)!

There are a number of examples of industries where a strong open-source offering (for those who want to run their own server and tinker) sits alongside a commercial SaaS offering (for those who just want to work with their data and leave the systems management, infrastructure, support, compliance and accreditation to others) – and the two coexist quite happily with plenty of demand for both. The disruptiveness of the open-source model itself is – I think – a disruption that has already done its disrupting in the enterprise software world. 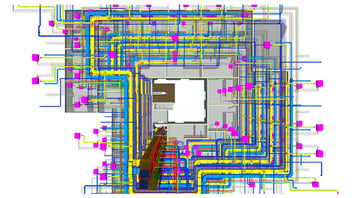 A quick animated GIF from Team 3DMB of the ful M&E Services of their hotel.

3D Blueprint sent us this great rendering of their hotel.  We're not sure if they saw the weather... 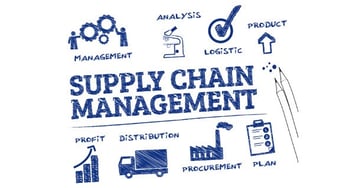 What is meant by the term "Supply Chain?" My conversations with industry over the years tell me...