Country Breakdown: How these 6 Countries are Driving Construction Decarbonization 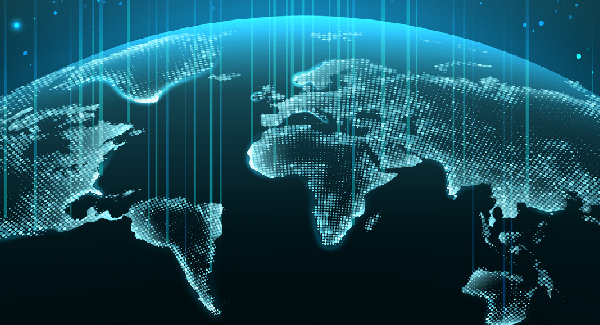 The UN's 2021 report on climate change made for stark reading—especially if you find the term “code red” alarming.

Compiled by the Intergovernmental Panel on Climate Change (IPCC), the report found that the target to limit global warming to 1.5C within 20 years will be missed. It stated climate change is widespread, rapid, and intensifying, with some trends now irreversible. The UN secretary-general, Antonio Guterres, referred to the findings as a “code red for humanity.”

This code red is hardly surprising given that globally we have been struggling against the effects of climate change for some time. Weather extremes—drought, melting ice cap, and extreme hot temperatures are becoming the norm. In July 2022 the UK experienced its hottest ever temperature with the mercury hitting 40.2˚C (104.4˚F). In the Middle East, UAE recorded its highest ever temperature at 50.7˚C (123.3˚F) near Abu Dhabi in June 2022. While in the U.S., in 2021 for the second year in a row, Death Valley, California, set a world record for the hottest reliably measured temperature in Earth’s history— 54.4° C (129.9°F).

Temperatures are soaring and show no sign of cooling. The report forecasted that the average temperature during the next 20 years is most likely to be 1.5C warmer than in 1850—warning it could go as high as 1.7C. This is said to be a best-case scenario—if the actions to reduce global emissions to ‘net zero’ by around 2050 are taken almost immediately.

It’s clear it’s time for a change and for the construction industry, there is no time to lose.

Code Red for the Construction Industry

For the global construction industry, climate change and decarbonization are topics that hit close to home.

In their construction and operation, buildings currently account for 38%—the largest share—of global energy-related carbon emissions. Pressure is being placed on the industry to not only build more sustainably but improve existing structures. According to C40, the global leadership organization, 75% of today’s buildings are still expected to be in use by 2050. This means we will need to prioritize both proactive and reactive measures to meet energy-saving targets.

In fact, many have already begun to act.

The 2015 Paris Agreement has the overall aim of limiting the global temperature increase this century to within 2 degrees Celsius above pre-industrial levels while pursuing means to limit the rise to 1.5 degrees. In response, governments introduced construction industry-focused strategies, setting out their commitments to a carbon-neutral future.

From the UK and the USA to the United Arab Emirates, Kingdom of Saudi Arabia, and the European Union, we look at these policies and what they mean for the construction industry.

In June 2019, the UK Government became the first major economy in the world to pass laws to end its contribution to global warming, requiring the UK to bring all greenhouse gas emissions to net zero by 2050.

However, as of March 2020, the BBC reported that nearly two-thirds of UK homes fail to meet long-term energy efficiency targets. Dr. Tim Forman, a research academic at the University of Cambridge's Centre for Sustainable Development, stated that only a national project of scale would now be enough to help the UK meet its 2050 net zero carbon target.

In February 2021, the Architects Climate Action Network (ACAN) called the UK construction industry’s carbon footprint “a national scandal.” The group is calling for the urgent introduction of legislation to regulate embodied carbon emissions in the UK.

To meet climate goals, the UK Green Building Council (UKGBC) introduced a framework for the UK construction and property industry to transition new and existing buildings to become net zero. However, the UKGBC noted the need for urgent measures and government intervention to meet its targets.

The USA formally rejoined the Paris Agreement on 19 February 2021 under President Biden.

Despite withdrawing from the Paris Agreement at the beginning of President Trump's tenure, net zero emission targets remained a focal discussion within the industry. According to the Environmental and Energy Study Institute (EESI), in the USA, residential and commercial buildings are responsible for nearly 40% of carbon dioxide emissions.

In April 2021, President Biden’s increased hiked the US target for reducing greenhouse gas emissions to 50%-52% from 2005 levels by 2030. And in his $1.2 Trillion Infrastructure Bill—other key takeaways include the driving of funding to new roads, clean water, and broadband—he also plans to build, preserve, and retrofit more than two million homes and commercial buildings.

The Build Back Better Framework seeks to put the U.S. on course to meet its climate goals. It sets out measures to cut greenhouse gas pollution by well over one gigaton by 2030 while investing in a 21st-century clean energy economy including buildings, transportation, industry, electricity, agriculture, and climate smart practices country-wide.

In line with the Paris Agreement, the UAE pledged to reduce its carbon emissions by a quarter before 2030.

In December 2020, the UAE submitted its second NDC, which outlines the country’s enhanced target of reducing greenhouse gas emissions by 23.5% compared to business as usual for the year 2030. Increasing reliance on clean energy, boosting energy efficiency, and implementing environment-friendly waste management are among its commitments.

For the construction industry, the UAE Clean Energy Strategy 2050 states that new buildings in the UAE should be net zero carbon structures by 2030, and existing buildings should reach that level by 2050.

Green building design and construction are also being promoted throughout the region, with public infrastructure continuously upgraded and enhanced to harness the benefits of new technologies and practices. The country also launched its own ‘Sustainable City.’ The first net zero operational city in Dubai will become a showcase for sustainable living and will also become home to the world’s first net zero building—the SEE Institute.

The Kingdom of Saudi Arabia (KSA) has pledged to become net zero by 2060, with Crown Prince Mohammed bin Salman declaring the state would invest over $180 billion (£130 billion) to reach the goal. The announcement aligns with Vision 2030, which puts sustainability at its core—accelerating energy transition, achieving sustainability goals, and driving a new wave of investment.

Another element of the KSA’s focus on sustainability can be seen in the creation of NEOM—a $500 billion high-tech city on the country’s northwest coast.

Focusing on nature and creating a sustainable, livable, and walkable city, NEOM will be powered by 100% renewable energy and become a tourist and innovation hub. At the center of the city’s design is The Line—a 170km belt of hyper-connected future communities without cars and roads and built around nature. This revolution in urban living at NEOM is desired to become a blueprint for how people and the planet can co-exist in harmony.

The European Commission is working towards a union-wide net zero emissions target as part of its European Green Deal, which seeks to achieve a climate-neutral economy by 2050.

The deal directly impacts the construction industry, with a new Circular Economy Action Plan—which seeks to create a cleaner and more competitive Europe—and building renovation flagship elements. It also includes a strategy to double the annual energy renovation rates of European Union (EU) buildings in the next 10 years. As well as budgeting billions in subsidies over the next five years for climate-friendly construction and renovation.

When it comes to retrofitting assets, the strategy suggests the current renovation rate of Europe’s building stock must almost double to meet energy efficiency and climate targets. This may lead to stricter legislation.

Responding to the Paris Agreement, Australia introduced its first Nationally Determined Contribution (NDC), pledging an economy-wide target to reduce greenhouse gas emissions by 26%-28% below 2005 levels by 2030.

In Australia, according to research, buildings—their construction, operation, and maintenance—account for almost one-quarter of the country’s carbon emission. The built environment is fourth largest climate emitter due to embodied carbon—the amount of carbon that goes into a building.

To counteract these emissions, the Australian Government, alongside the Green Building Council of Australia (GBCA), launched new National Carbon Offset Standards (NCOS) for Buildings and Precincts. The Standards enable building owners to calculate the emissions from their properties, reduce them as much as possible, and then purchase carbon offsets or carbon credits equivalent to any remaining emissions to achieve net zero.

Australia also overhauled its ‘Green Star Buildings’ initiative, which set out requirements for buildings to be fully electric, fossil fuel free, and 100% powered by renewables. This is helping make net zero the norm.

These measures sit alongside the Australian government announced their ‘Technology Investment Roadmap.’

This strategy will accelerate the development and commercialization of low emissions technologies to deliver Australia’s strongest economic and emissions reduction outcomes. The roadmap notes a skills package focusing on developing highly skilled and qualified workers for the construction industry, among others.

India On Track to Meet Targets

In its commitment to the Paris Agreement, India—one of the world’s highest greenhouse gas emitters—pledged to reduce the emission intensity of its gross domestic product (GHG emissions per unit GDP) by at least a third, compared to 2005 levels, by 2030.

According to Development Alternatives, the non-profit eco-solutions organization, the Indian construction sector emits about 22% of the country's total annual emission of CO2. However, according to the Indian government, great strides are being made to reduce the overall figure.

As of March 2021, India is on track to achieve its Paris Agreement commitments ahead of the target date. This is attributed to switching to energy-efficient mediums such as LED lightbulbs, waste to generate energy, and promoting more environmentally friendly fuel resources such as liquefied natural gas (LNG).

India expects to become the most populous country in the world by 2027, with 75% of the buildings expected to exist in India in 2030 not yet built, as stated by Global Buildings Performance Network. This provides India with an opportunity. While retrofitting remains essential, the priority must be to avoid the carbon lock-in associated with new buildings and build sustainably.

Megacities Step Up to Build Better

C40 is a network of 97 megacities, representing over 700 million citizens and one-quarter of the global economy, committed to delivering the goals of the Paris Agreement at the local level.

Eight European partner cities make up World Green Building Council ‘Build Upon’ project which is working to help cities lead the charge towards net zero carbon by 2050. The project aims to unlock the vast potential of buildings by developing strategies and solutions to scale up energy-efficient building renovation.

A Step in the Right Direction

While these policies point regions and cities in the right direction, it is clear there is more to be done.

As noted by Asite CEO Nathan Doughty, “The Paris Agreement was an incredible achievement and a landmark feat for the global community, but it was simply a starting gun, and we are short on time.”

Calling on the relationship between our built environment and our planet to be treated as symbiotic, Nathan goes on to state that; “The industries central to delivering and maintaining our built environment: architecture, engineering & construction, property management, facilities and asset management, and, (yes!) technology, software, and manufacturing have a huge role to play in the advancement of net zero carbon goals and are crucial to our future.”

Do you want to learn more about how digital transformation within the construction industry can help to achieve a resilient and sustainable built environment? Download our free ‘Smart Retrofitting’ report here.

eProcurement - a Billion and Counting

One of the business-to-business technologies to come out of the late 90s dotcom boom was the idea... 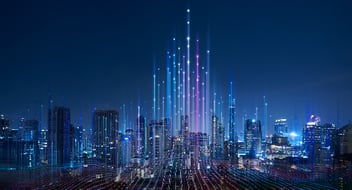 5 Reasons Why Digital Twins Could Be the Future of Retrofitting

The only constant is change. And the construction industry is no exception to this rule.