Evolution 4.0: Are Construction Jobs at Risk from AI? 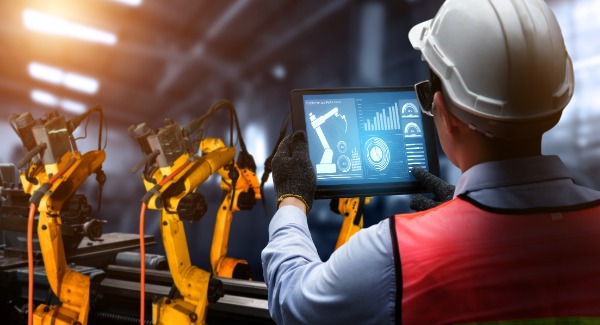 Evolution 4.0 is a monthly column looking at the defining trends and practices of the fourth industrial revolution. In this article we ask: how well founded is the fear that artificial intelligence represents a threat to jobs in the construction sector?

Self-checkout has changed the supermarket customer experience almost beyond recognition. Who among us could explain the phenomenon of the “unexpected item in the bagging area” to our twenty-years-younger selves? The consumer journey from shelf to pay point has been optimized and queues reduced. What’s more, the excruciatingly trivial chit-chat while your goods crawl down the conveyor belt, once mandated by common courtesy, is now entirely optional. But, for all the joy it has brought to end users, the innovation seems to have had a deleterious effect on jobs. In 2018, a high-profile World Economic Forum report on the future of work predicted that retail cashier could become a redundant occupation at some point next year. If correct, there is a narrative that says it will be just another time-honored career fallen victim to artificial intelligence.

Estimates suggest that nearly 9% of the global labor force works in construction or closely related fields. If AI poses a genuine threat to so many livelihoods, some may be tempted to argue that the sector’s reluctance to modernize is no bad thing.

There is another popular narrative that is relevant here: that of the construction industry’s slow walk towards digitalization. This, it is often remarked, is dragging on productivity, creativity, and profitability. The sector’s uneasy adaptation to the practices and demands of the fourth industrial age has become a vexing issue for many of its leading figures. Estimates suggest that nearly 9% of the global labor force works in construction or closely related fields. If AI poses a genuine threat to so many livelihoods, some may be tempted to argue that the sector’s reluctance to modernize is no bad thing. This, though, would be the worst kind of spurious logic.

It can perhaps be explained by fear of the unknown, but I sense a lingering tendency to focus on what is lost from the adoption of construction technologies. Jobs aside, concerns remain about the upfront cost of tech adoption, which is generally deemed to be prohibitive for all but the largest players with the deepest pockets. And there are separate questions around how to raise levels of digital literacy and bridge the gaping industry skills gap. These reservations are not groundless, but they might fairly be said to slightly miss the point.

For a start, the cost of ConTech software and hardware is coming down. Moreover, when procured wisely, it is always money well spent in the long run. AI has been shown to drive cost and time efficiencies. A perfect example of this is in the way it enhances clash detection capabilities. Across generative design processes, even relatively simple AI programs will outstrip the very sharpest of minds. Large projects with multiple contributing partners are prone to human error; shifting the burden on to machine learning systems is a proven means of mitigating that particular risk. More importantly, still, there is a clear correlation between digitally enabled construction sites and safe, healthy construction sites. Simply put, AI saves lives.

"If the industry is able to fully absorb AI and upskill the workforce, the result will not be mass redundancies, but a generational shift in job profiles. Digital literacy training does not coach people into obsolescence, it actually increases their value in the labour market."

The question of upskilling, meanwhile, cuts right to the quick of fears around job viability. It is shortcut thinking to say a job won for AI is a human job lost; this is not a zero-sum equation. If the industry is able to fully absorb AI and upskill the workforce, the result will not be mass redundancies, but a generational shift in job profiles. Digital literacy training does not coach people into obsolescence, it actually increases their value in the labour market. And AI frees up resource by breezing through the clerical work that, for most people, amounts to something of a joyless slog. To borrow a slogan, AI loves the jobs you hate; algorithms don’t get bored by monotonous and repetitive processes; monotonous and repetitive processes are their bread and butter.

Yes, the World Economic Forum report cited above foretells the demise of the retail cashier, along with scores of other occupations. But that only speaks a fraction of the whole truth. It goes on to say that, in the aggregate, jobs created by digitalization will outnumber those lost by tens of millions. Digitalization, automation, and machine learning present an opportunity, not a threat.

So, it is increasingly affordable, it saves lives, time and money happily does thankless tasks, and spreads opportunity across the labor force. Why, then, is AI yet to go mainstream in the construction sector? Well, at least some of the responsibility for that must lie with the tech sector. The challenge for ConTech solutions providers is to better explain the benefits and dispel the suspicions. We must work with senior leadership figures to spread digital awareness and nudge the entire industry ecosystem towards culture change. Digitalization is inevitable; it has transformed manufacturing, energy, pharmaceuticals and healthcare, agriculture, and automotive. Only hubris or an extreme aversion to the facts could trick us into thinking construction will be the exception. The industry’s greatest asset is its people. The role of AI in a digitally enabled construction future is not to supplant them but to support them. 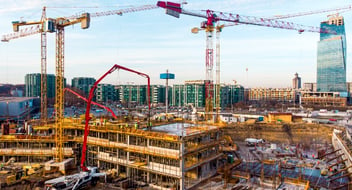 Evolution 4.0: What is the Future of Healthy Supply Chains? 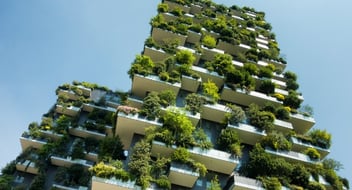 Evolution 4.0: The Net Zero Revolution Will be Digitalized

As the effects of... 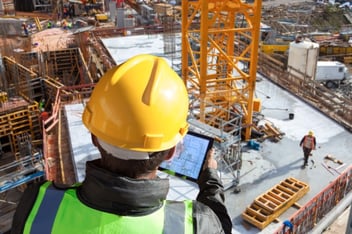